The Nazi network was found to have ties to similar groups abroad, including in France, Britain and Portugal, according to the report

(Infowars) – Italian police made several arrests and seized a cache of weapons amid a nearly two-year, nationwide investigation of Nazi groups sparked by the participation of Italian fighters in Ukraine’s armed conflict in the Donbass region. 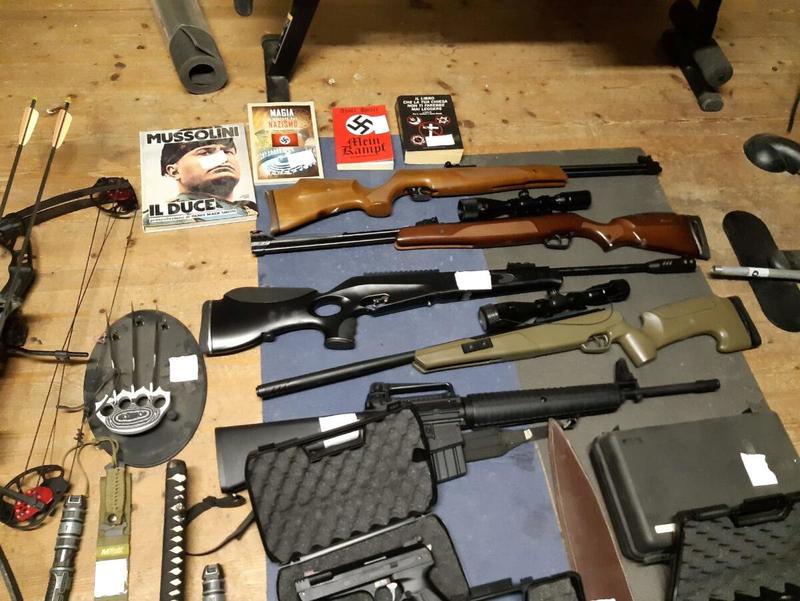 During their probe which stretched from the island of Sicily to the Alps in Northn Italy, Authorities uncovered a plot to form a new Nazi party called the Italian National Socialist Party of Workers, according to Reuters. 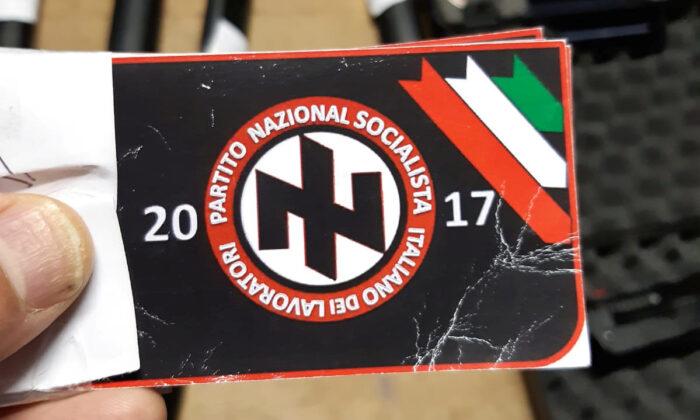 Above: Logo of the Italian National Socialist Party of Workers

The probe revealed a “huge and varied array of subjects, residents in different places, united by the same ideological fanaticism and willing to create an openly pro-Nazi, xenophobic and anti-Semitic movement”, a police statement said.

Police did not say how many people joined the group or how many arrests were made. In Italy “defense of fascism” and efforts to revive fascist parties are crimes. –Reuters

The weapons, confiscated during searches of 19 properties, included pistols, hunting rifles and crossbows. Police also found a range of Nazi paraphernalia, including photos of Adolf Hitler and swastikas. 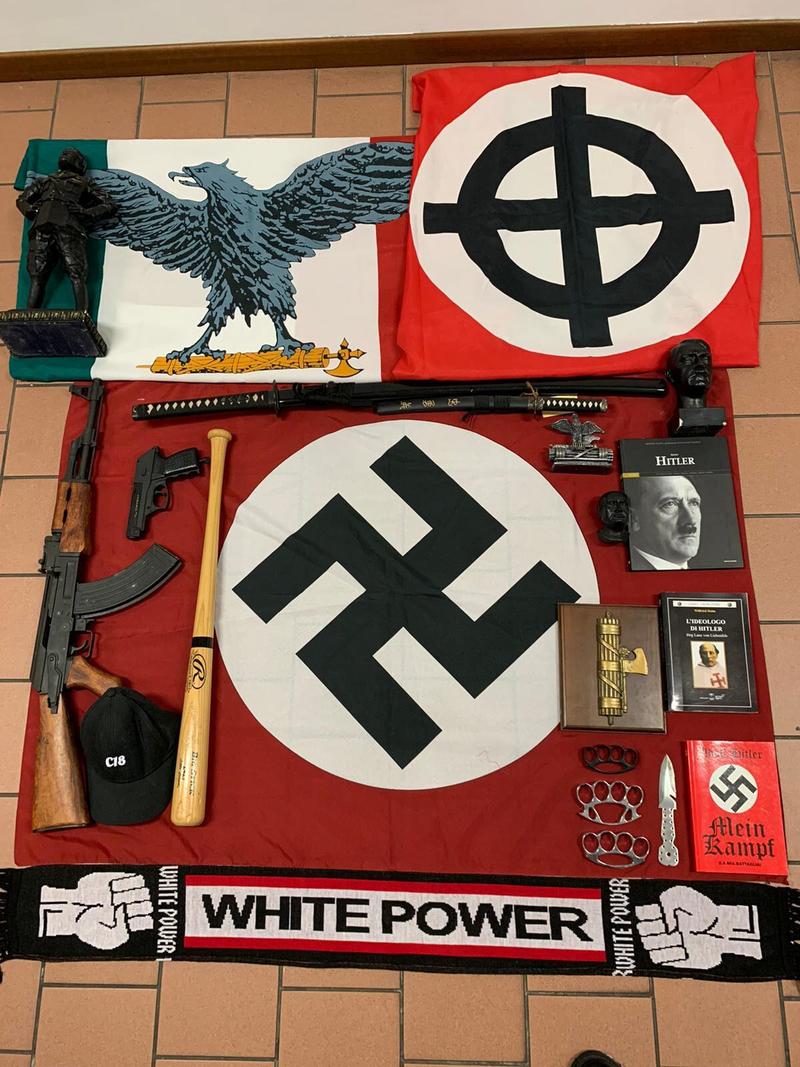 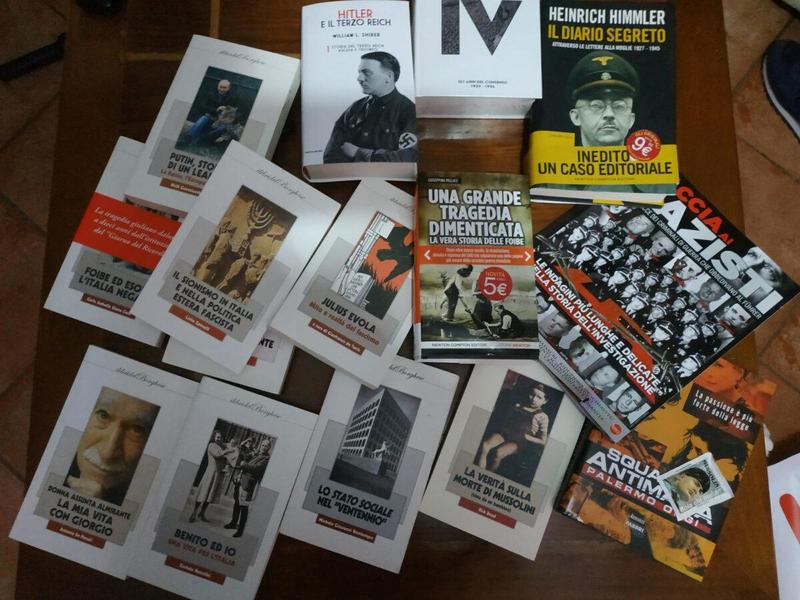 The Nazi network was found to have ties to similar groups abroad, including in France, Britain and Portugal, acording to the report.

In July, investigators in Turin uncovered an even deadlier cache of weapons during raids on neo-Nazis, which included an air-to-air missile in the province of Pavia, roughly two hours away. Three men were arrested, including a customs officer who has previously stood for parliament. In total, 26 guns, 20 bayonets, 306 gun parts and over 800 bullets of various calibers were seized. 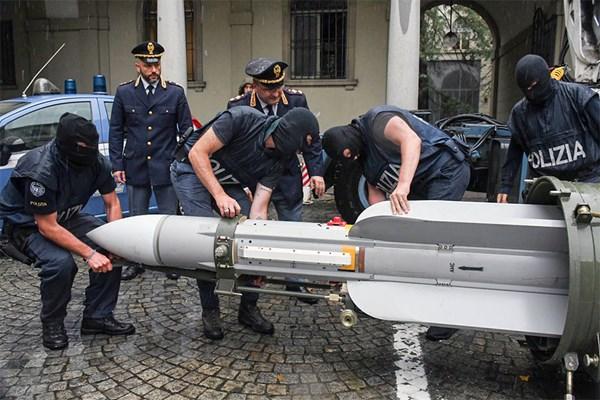 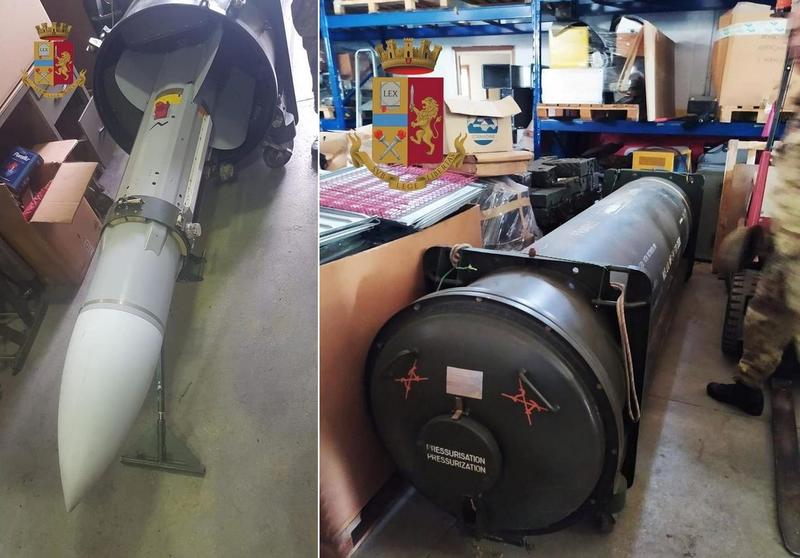 During their raids, police discovered a French-made Matra air-to-air missile that appeared to have once belonged to the Qatar armed forces. Subsequent checks showed the weapon was in working condition but lacked an explosive charge.

Police said the suspects had tried to sell the missile in conversations with contacts on the WhatsApp messaging network. –Reuters 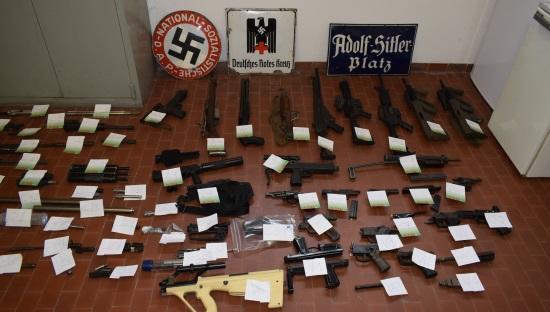 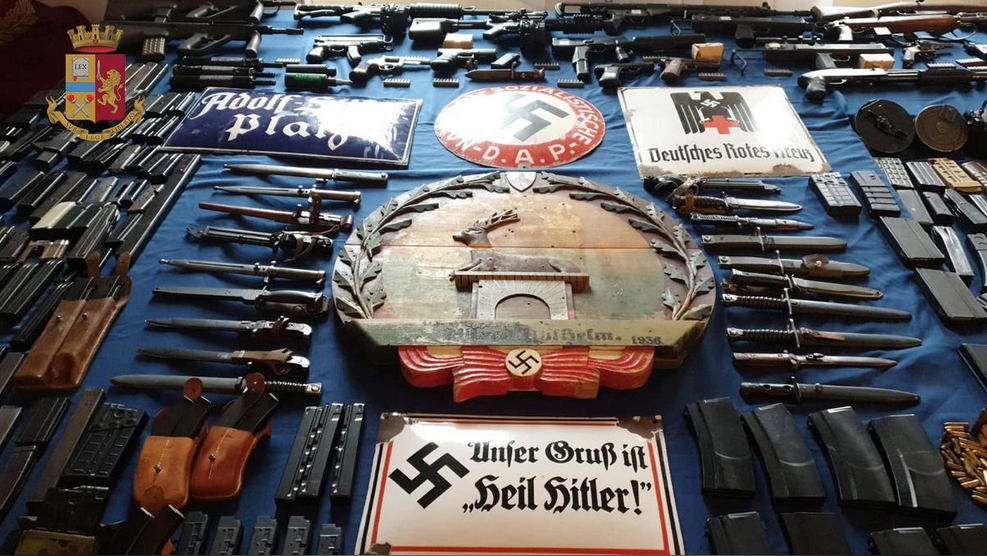 And earlier this month, two Nazi sympathizers were arrested on suspicion of plotting to attack a mosque.

Boom! President Trump Promises To Sign An Executive Order To Establish A “Vast Outdoor Park” With Statues Of The Greatest Americans Who Ever Lived!...